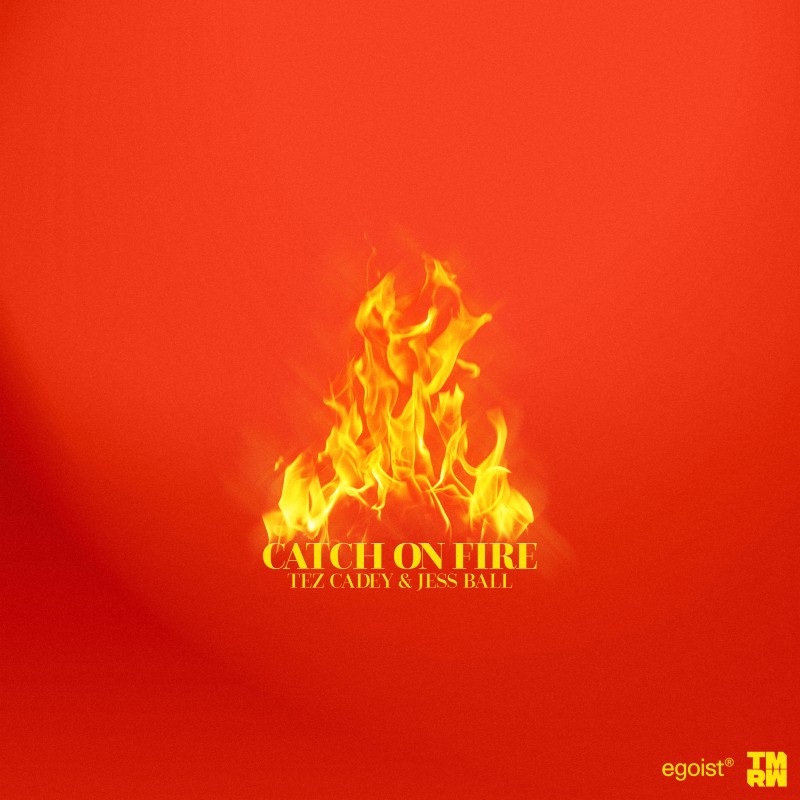 ‘Catch On Fire’ is the artistic meeting of Tez Cadey and Jess Ball, and its outcome offers us a pop ballad built around a conflicted love relationship.

Unleashing a sincere track filled with 80s sonics and a fizzling lust of danceable rhythm, ‘Catch On Fire’ is ignited further by the magnificent vocals of Jess Ball. Tez Cadey’s ability as a producer shines through in abundance on the track as his production creates an unforgettable fusion of club energy filled with a mix of polarized emotions. The perfect musical background for a song narrative centred around two people who let their relationship turn sour because they couldn’t bring themselves to admit it no longer works. So instead of resolving their issues, they let their relationship simply ‘Catch on Fire’.

In 2015, Tez Cadey composed a song called ‘Seve’ in his student room in Lille. The song would go on to be streamed five billion times, quickly making a name for Tez Cadey amongst the best French electro artists. Between 2016 and 2019, Tez Cadey played internationally. In 2018 Tez Cadey released his first album, and by the end of 2019, just before the covid-19 pandemic and the lockdowns, he was touring in the States. Following these busy three years, Tez Cadey felt the need to focus on music again and reconnect with the pleasure of composing music spontaneously. Since then, he has been busy releasing and collaborating and has not finished surprising the world.

At the age of 21, Jess Ball connected with several productions, which made her presence felt in the world of Pop/EDM, collaborating with the likes of EDX, Curbi, NERVO and many other celebrated artists. Jess Ball not only released her first song but hit the ground running with her third release, ‘I Found You (Neptune)’ with EDX, which reached number 1 on the Future House Beatport charts as well as Number 38 in SiriusXM’s Electro top songs of the year, streaming over 10 million times. Alongside this, Jess’s collab with featured UK DJ / Producer Curbi shot their song ‘Lied To’ straight up the top of Beatport’s Future House charts and peaked at number 1 on 1001tracklists’ Top Trending Tracks.